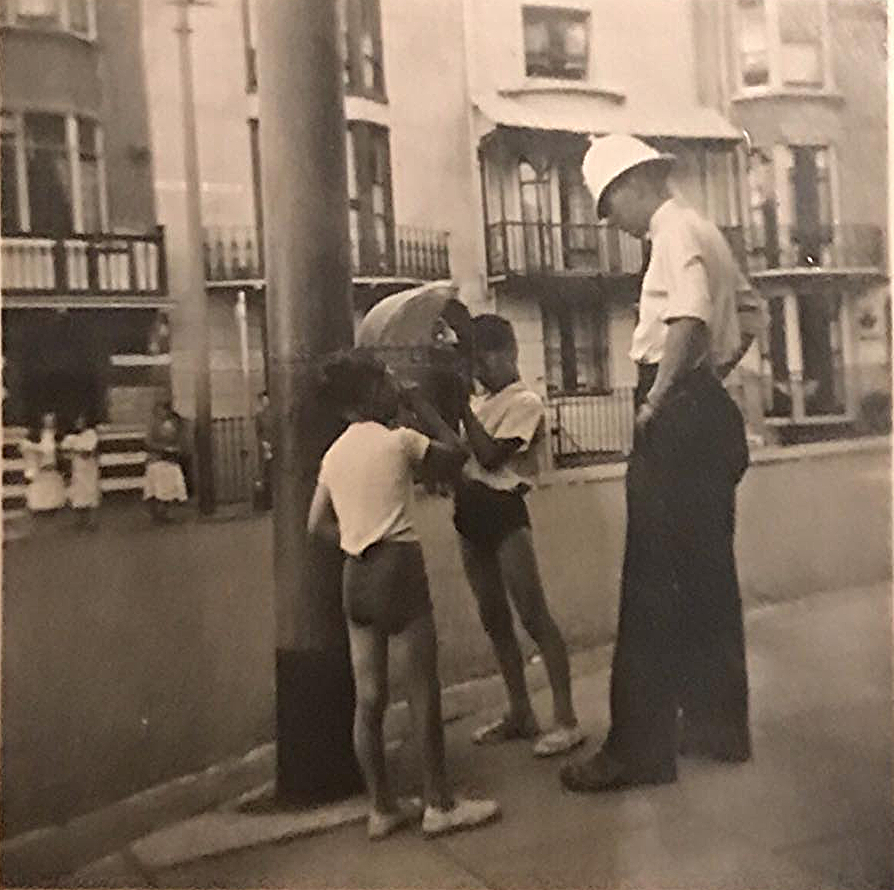 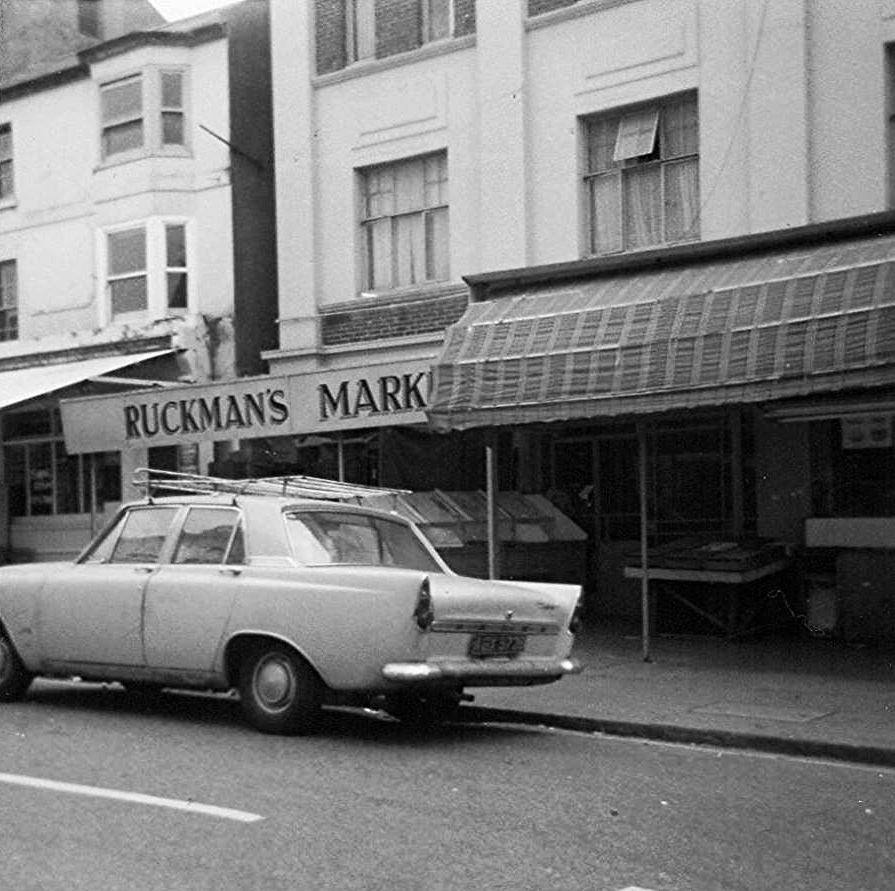 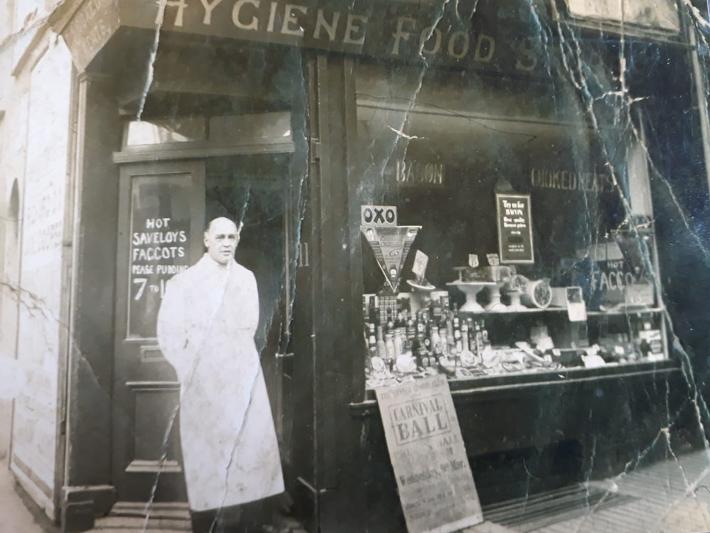 1934. Edward Street with the corner of Sun Street. 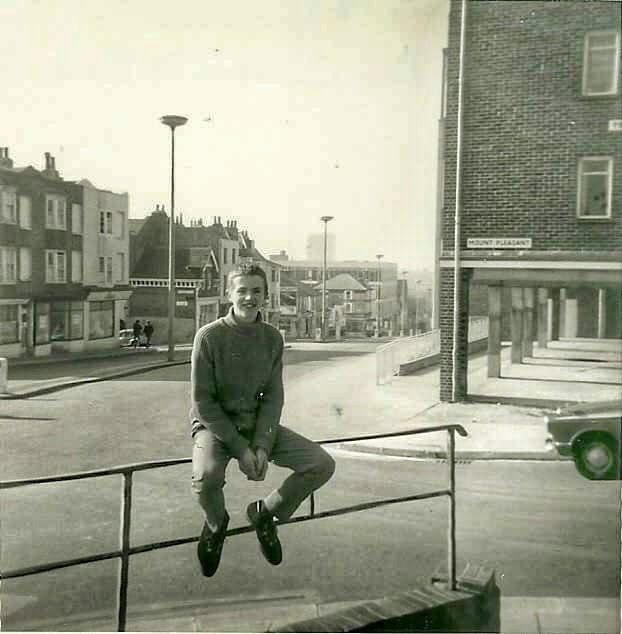 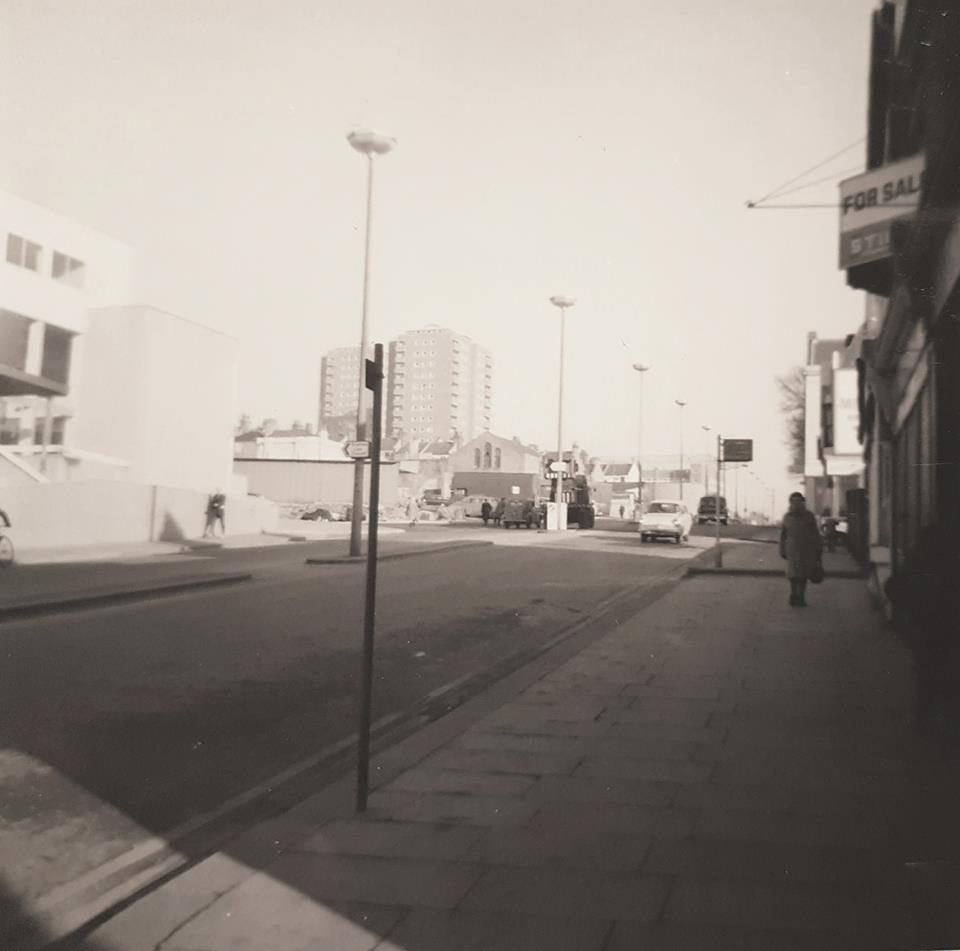 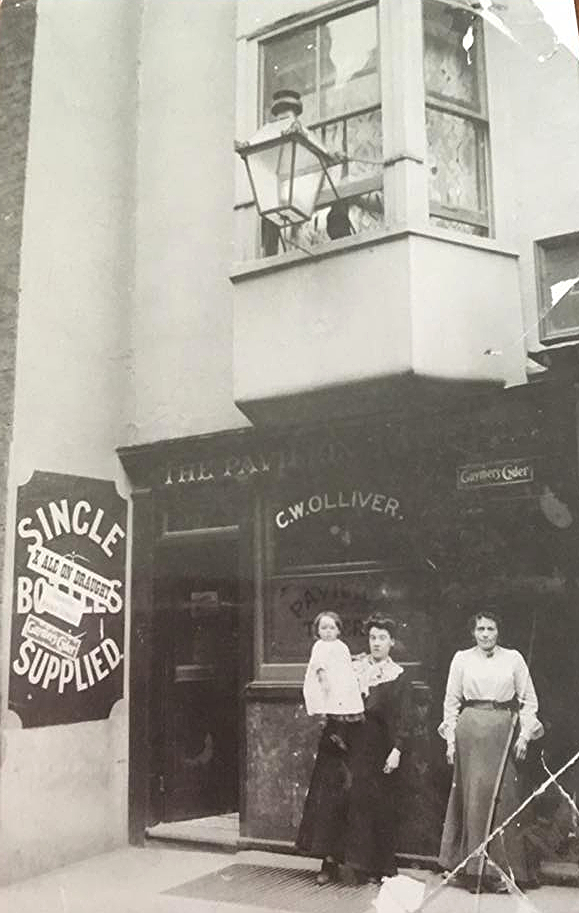 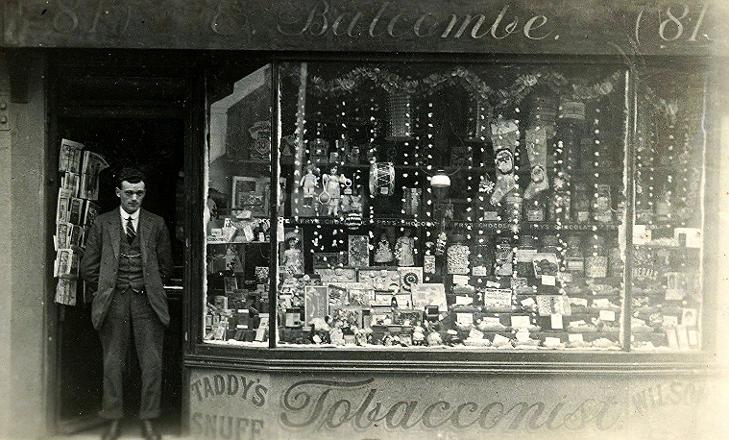 This is my grandfather's shop, taken I believe not long after WWI when he'd just bought it. It was at the top of Edward Street near the corner with Upper Rock Gardens. Opposite was a superb fish and chip shop called Moorhouses (spelling?), the owner of which used to park in my grandparents drive (West Drive). I remember dimly that once a week they'd bring delicious food into the shop, including potato fritters. The shop was very old, I believe, with living accommodation above that had been rendered uninhabitable by a wartime bomb. All the buildings on the north side, including the shop,were bulldozed for the mostly pointless widening of Edward Street in the early 1960s. The fish and chip shop is now a Chinese, or at least it was last time I passed 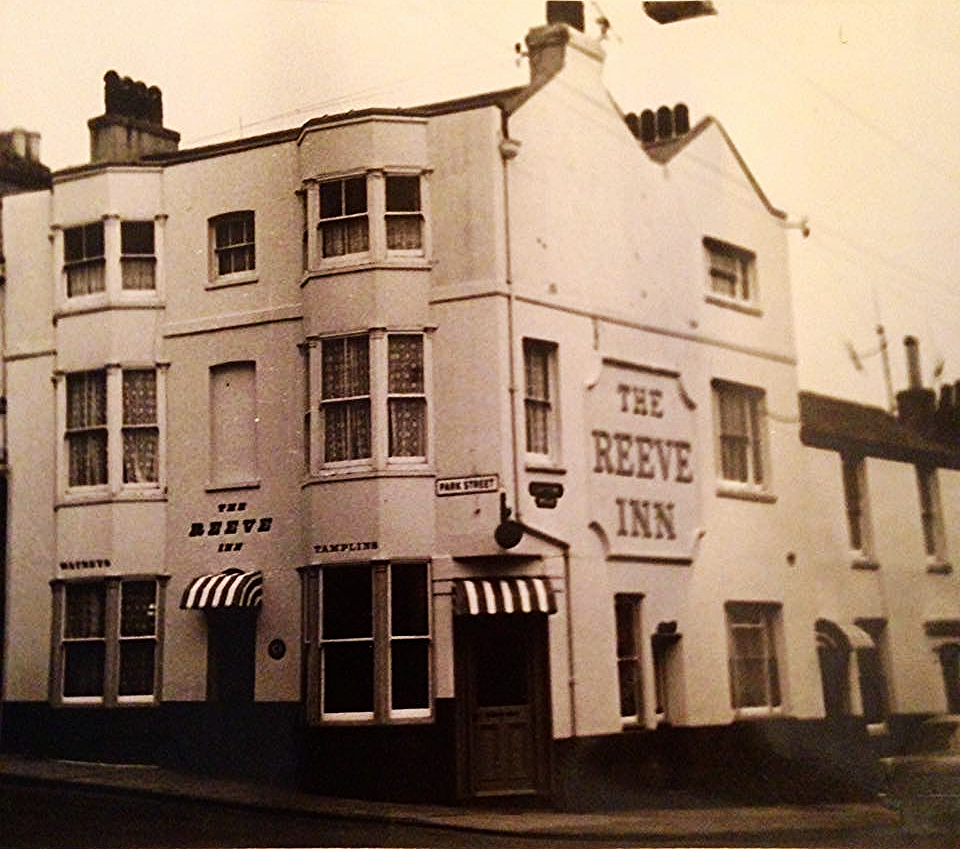 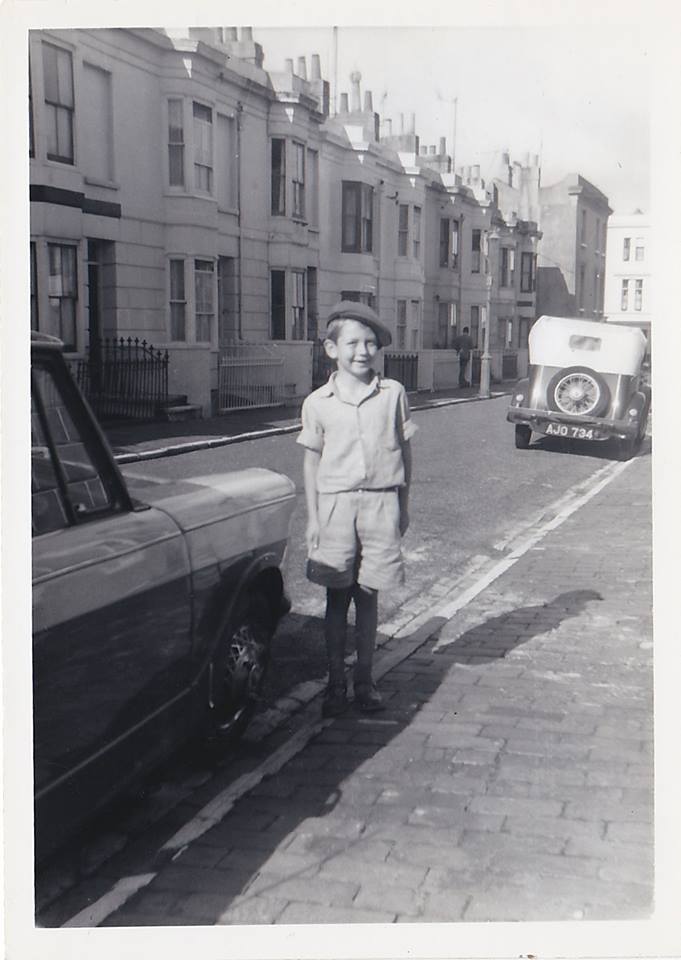 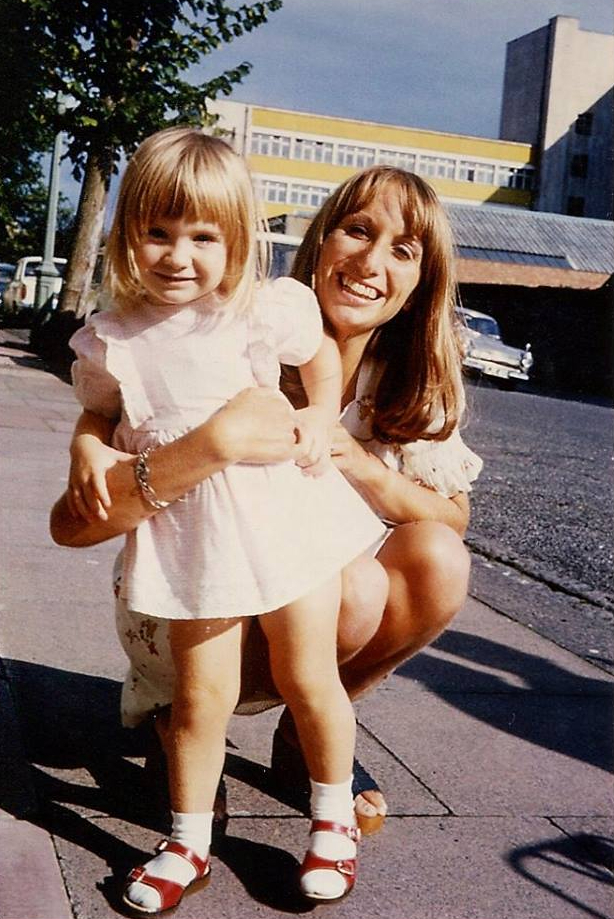 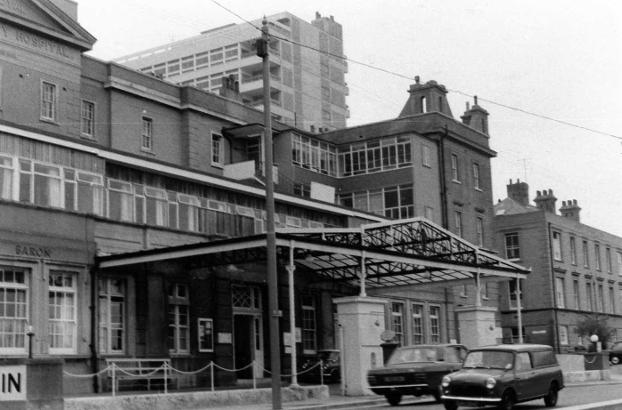 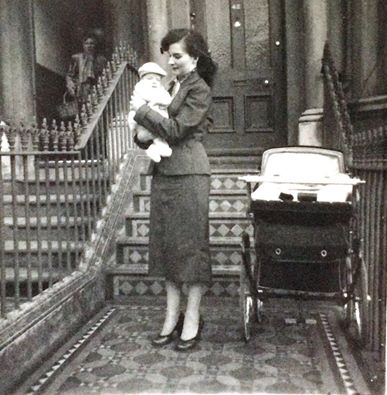 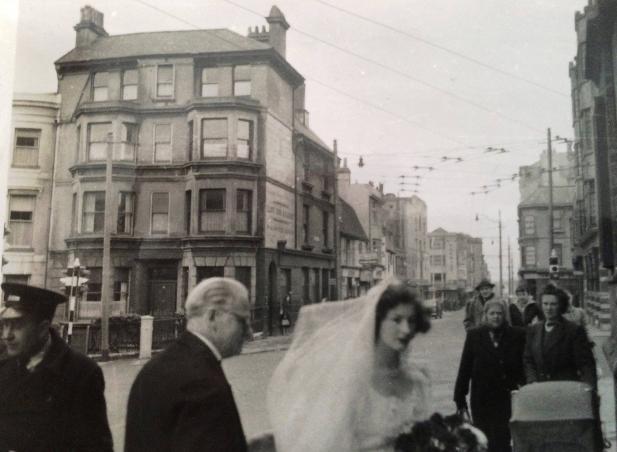 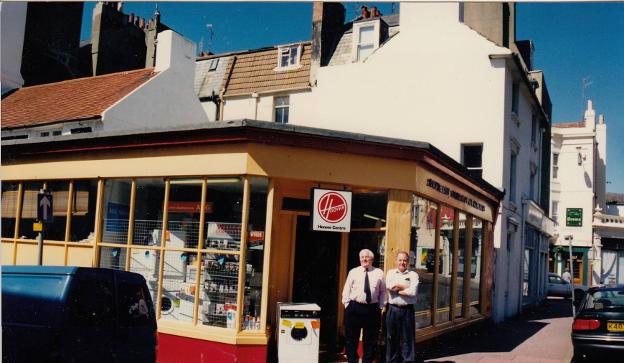 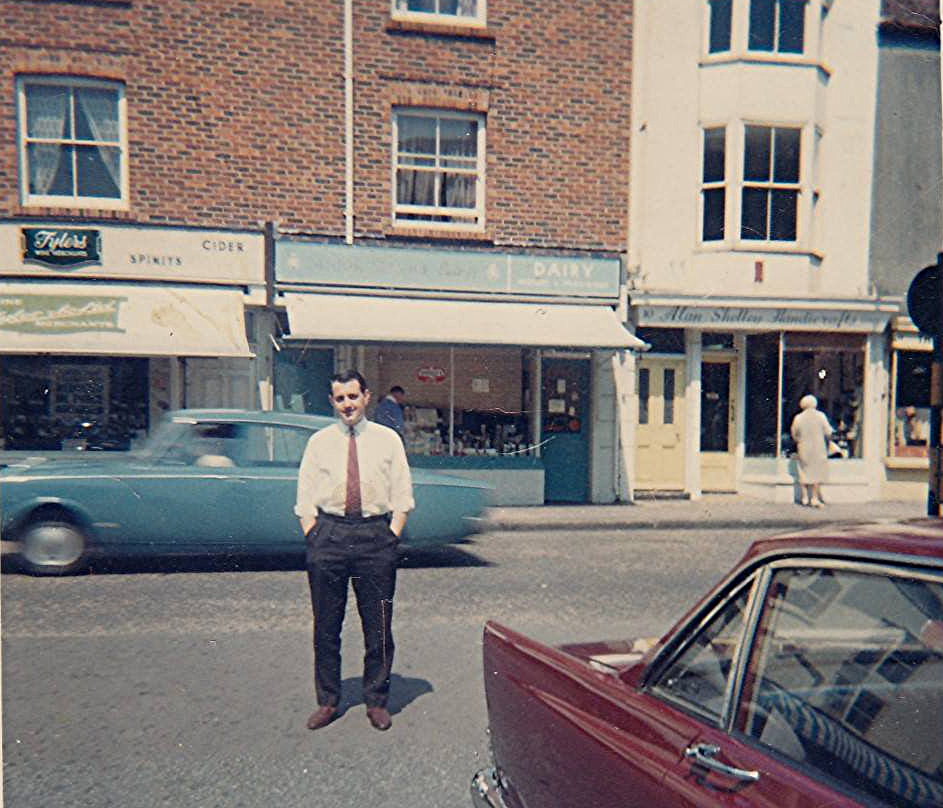 "This is my Dad 1965 outside his shop looking down Wyndham Street, with his shop is directly to his right Southern Domestic Appliances, 43 Upper St James Street, the shops behind him are of course now flats and have been for many many years ..." 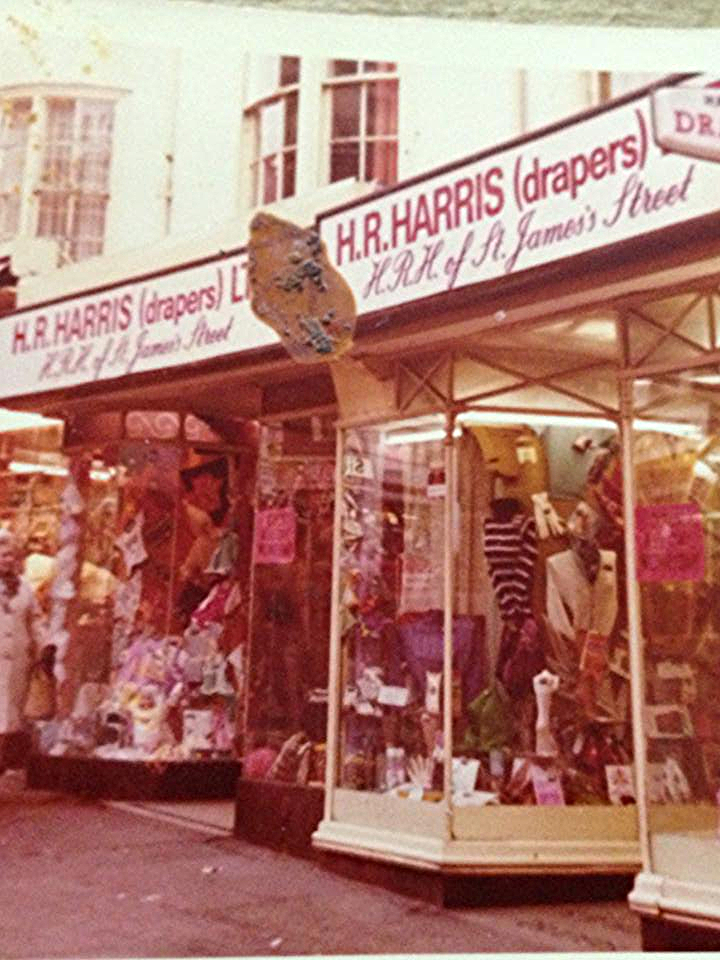 "It was a drapers shop called H.R. Harris which stood for Henry Robert Harris, it was in my family from the late 19th century until it closed in 1973" 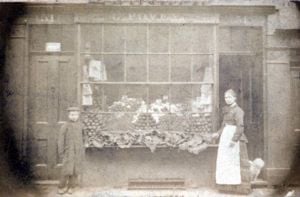 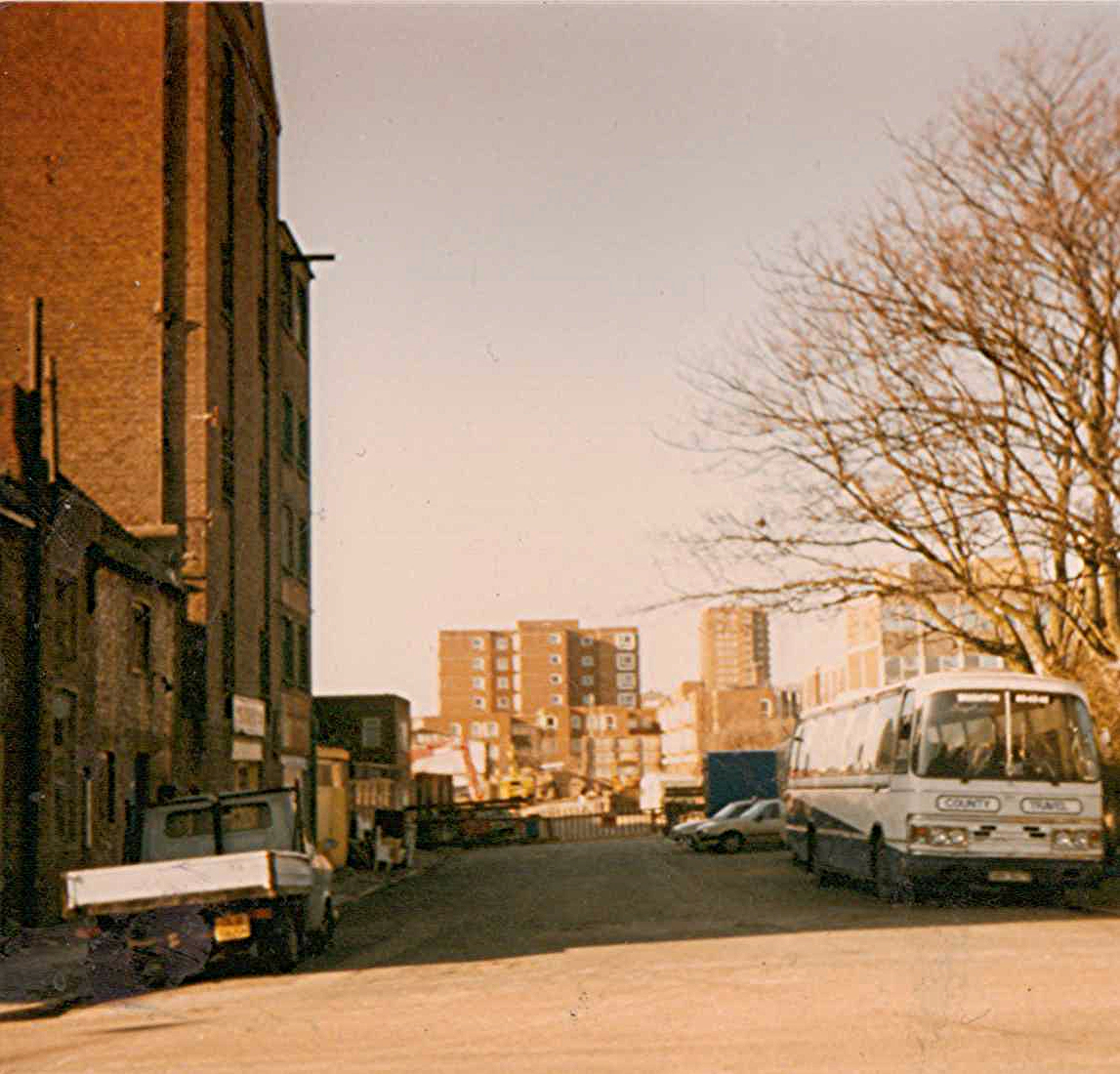 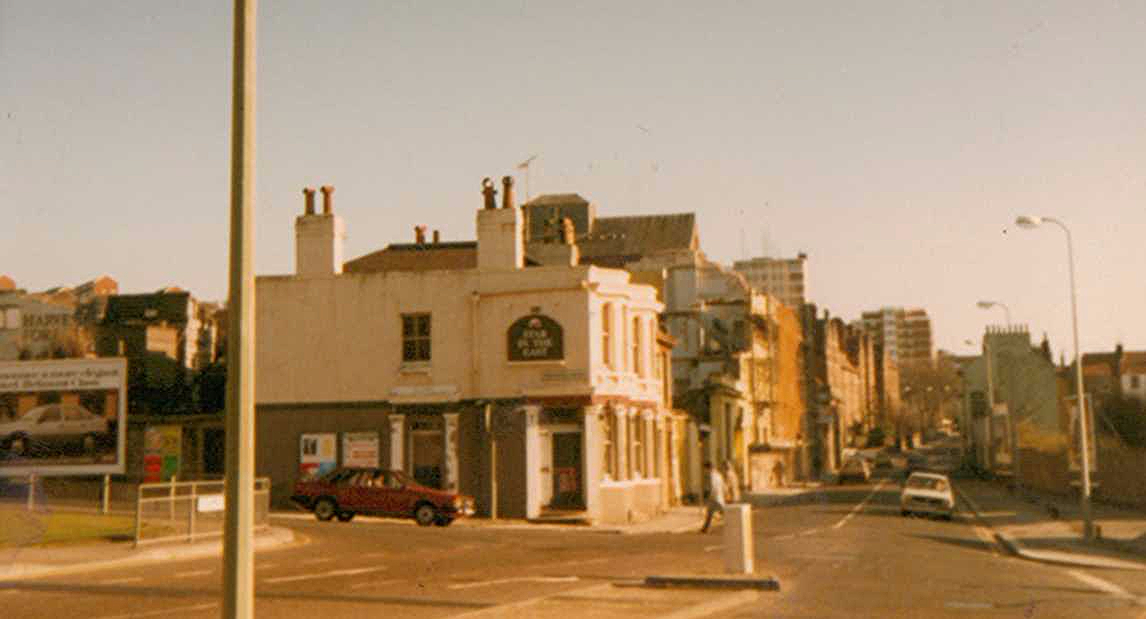